Some things that make you go ‘hmmmm’ …

Why do you need a driver’s license to buy liquor when you can’t drink and drive? Why are there interstate highways in Hawaii?

Do you need a silencer if you are going to shoot a mime?

Why do we drive on parkways and park on driveways? Why is brassiere singular and panties plural?

A thousand stories told in every picture

I’m not really a big fan of summer; I don’t like the ‘extreme seasons’ (summer and winter), I prefer the transitional seasons (spring and fall) – which realisitcally suggests that there are only two real seasons, but the marketing departments of your favorite fashion designer or store will never have that. Summer is very hot, humid, and smelly; like others who live in dense cities, summer is a time when the air quality is very poor and sometimes it is hard to breathe with the humid heavy air circulating around. However summer is a time to ‘lime’, ‘relax’, ‘chill’, and enjoy the outdoors … which have been captured in these stunning visual works: Don’t just enjoy the summer by sitting on your bum, get up and be active!

Being an “80’s baby”, the original Nintendo system was a staple in every kid’s home; I still recall the day that I got it – it was christmas, and I was up for several hours playing Super Mario Bros & Duck Hunt. I recall learning the special cheat codes for Teenage Mutant Ninja Turtles 2, Super Mario 3 and other games. You have to give Nintendo some credit for popularizing the video game industry and by pushing change & innovation; not only in technology, but in popular culture. Way back in the 80’s, Atari was actually the first home video gaming system, but was vastly archaic, Nintendo introduced a system that was cheaper than the Atari, inexpensive, and had a bunch of fun & interactive games. From the 80’s to the current era, Nintendo has sustained the competition with the defunct Sega console, and even the Microsoft X-Box, and Sony Playstation. And now with the Wii, Nintendo has redefined the gaming experience and even though the X-Box and Playstation 3 has faster processors and better visual graphics, Nintendo is the leader because of the interactivity the Wii has as it immerses the video game player into the actual game. An interesting fact is that the actual company Nintendo has been around since 1889, dabling in various ‘playing game products’, such as the Nintendo Playing Card Company before launching into the video game industry in the mid 70’s with the release of Donkey Kong, and the first generation Nintendo system in the early 80’s.

Super Mario Bros 3
Released in 1990, one of Nintendo’s most successful game ever … much better than that sh*t that was Super Mario 2, right???

Definitely Nintendo is not an error in our culture, they have become a household brand that has provided with fun & entertainment experiences that have shaped our personalities. Back to School Fresh

I must be having a mental writing block, or trying to fill the space between posts, or I must be busy – either or, that shouldn’t diminish the fly gear that is available out there for consumption. Here are some fresh looks from the site www.karmaloop.com – living up north, there customer service and shipping policy is on point, so I am sure state side it is even better (hopefully). 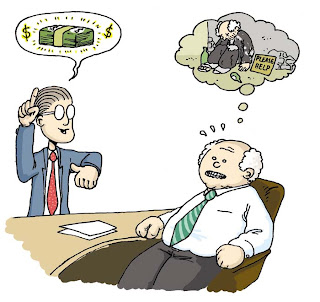 The Peter Principle – explains a lot

When I first heard about the Peter Principle I felt a couple of things; first, this explains a lot – that’s it. Sorry for saying a ‘couple of things’; as I guess the first explanation explains so much situations and scenarios that we all can relate to. The Peter Principle is a special case of a ubiquitous observation: anything that works will be used in progressively more challenging applications until it fails. This is “The Generalized Peter Principle.” It was observed by Dr. William R. Corcoran and he found that in an organizational structure, the Peter Principle’s practical application allows assessment of the potential of an employee for a promotion based on performance in the current job; i.e., members of a hierarchical organization eventually are promoted to their highest level of competence, after which further promotion raises them to incompetence. That level is the employee’s “level of incompetence” where the employee has no chance of further promotion, thus reaching his or her career’s ceiling in an organization.

The employee’s incompetence is not necessarily exposed as a result of the higher-ranking position being more difficult — simply, that job is different from the job in which the employee previously excelled, and thus requires different work skills, which the employee may not possess. For example, a factory worker’s excellence in his job can earn him promotion to manager, at which point the skills that earned him his promotion no longer apply to his job.

How to resolve the Peter Principle:
– employees who are dedicated to their current jobs should not be promoted for their efforts for which they might, instead, receive a pay increase.
– employees might be promoted only after being sufficiently trained to the new position. This places the burden of discovering individuals with poor managerial capabilities before (as opposed to after) they are promoted.

I don’t know about you, but this explains a lot and allows me to understand the chaos, dumb, asinine logic that exists in the corporate/government world.

Some Key Examples of the Peter Principle (Fiction & Non-Fiction): – The Office star, and lovable incompetent boss that represents so many of our bosses

Defining an Era or Error: The Walkman

A look at the first portable music device

The Walkman was an essential item to have growing up in the 80’s and 90’s; it was today’s equivalent to the iPod. The Walkman allowed one to bring their music with them in a handy portable device, as the popular format of the day was the tape cassette. The tape cassette was, and still stands as a unique format that allows for easy recording and playback. Think about it, to record music to a CD, you got to start your computer, load CD Burning program, wait for it to write – for a tape cassette, just put it into the tape player, connect to an input source, and hit record. Voila, you have an instant portable piece of music. I think that the tape cassette will be around for a few more decades as it is still useful, and since car manufacturers have only stopped building tape decks from around 2005, they will still be relevant.

A bit of history for the Father of the ‘iPod’:

Walkman is Sony’s portable audio cassette player brand, now used to market its portable audio and video players. The original Walkman introduced a change in music listening habits, allowing people to carry music with them. The device was built in 1978 by audio division engineer Nobutoshi Kihara for Sony co-chairman Morita, who wanted to be able to listen to operas during his frequent transpacific plane trips. The original Walkman was marketed in 1979 as the Walkman in Japan, the Soundabout in many other countries including the US, Freestyle in Sweden and the Stowaway in the UK.
http://en.wikipedia.org/wiki/Walkman

Sony was the obvious pioneer for the portable digital music player, and I believe the brand name (Walkman) still lives on in Sony’s line of digital music players (competing with the iPod) and their partnership with Ericsson Mobility (bringing the Sony Ericsson Walkman phone). But Sony is far, far, far behind Apple’s iPod as they got on the digital music player bandwagon too late – if Sony had marketed their iconic Walkman brand as a digital music device a bit earlier, they could have maybe impacted the affect of the iPod, and garnered a greater share of the billion dollar digital music industry that Apple dominates.

I still have my Walkman, and it still works, but I mess with the iPod Touch … sorry Sony!  Another fail – as Sony is currently losing a market that they CREATED.