Grinders is a series that features people overcoming adversity and hardships in order to achieve their dreams and goals.

In this clip, Comedian Funnyman Brandon discusses his rise & grind in the comedy game and the common usage of ‘typecasting’ in the entertainment industry.

Marge Simpson will be on the cover for the November 2009 issue for the iconic magazine Playboy. One way to generate interest into a dying medium & publication is to blur the lines of reality – so kudos to Playboy for accomplishing buzz and pushing the imagination of many to actually contemplate what is under that green dress (insert joke here). This issue can spawn Playboy’s competitors to think of other crazy issues, such as Cartman’s mother from South Park in Hustler, or even Lois from the Family Guy — the sky is the limit. 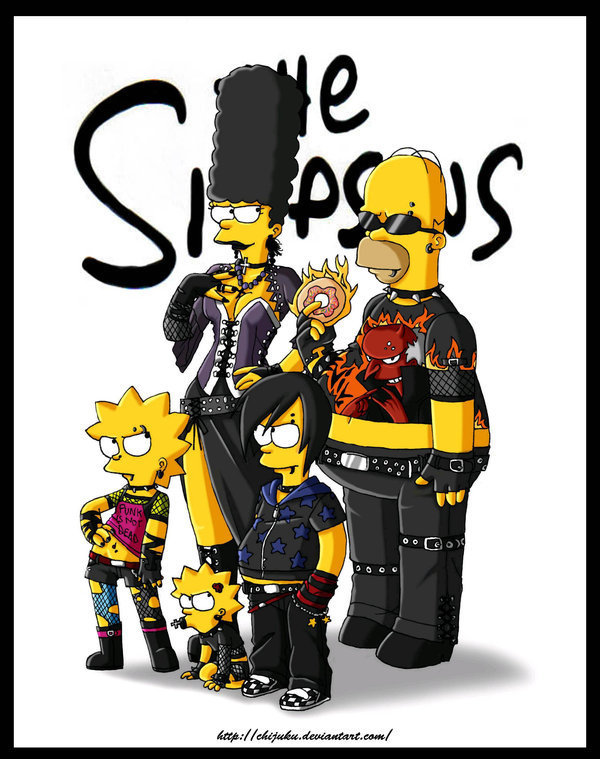 Ever wonder why you are just attracted to a certain entertainer? Even if they have lacklustre skills? Above average skills? One of the key components that one can rock to a ‘Soulja Boy’ and a Kanye West, is the fact that these artist’ bring something more than lyrics and beats – emotional energy. Really it is emotions that is transformed into energy, that is then absorbed by the audience. When you get chills after hearing a song by Kanye or Tupac, its partly because the emotions that they breathed on the track was so energetic, potent, that it sent a chill down your body. When Soulja Boy yells ‘Youuuu’, you know that you gotta move; these artists’ energy, through songs, brings you INTO the song so that you can experience what they are saying. You get the vantage point of the artist, Tupac brings you to the Oakland blocks, Kanye takes you on an acid trip in hip-hop electro music, and Rick Ross takes you on a ride in Dade County. Once I understood the concept of emotional energy, it built my ideal that there is a reason why certain artists exceed:

Kanye West
Pretty much the emotional energy of a Busta Rhymes, taking down a notch, and the lyrical skills of a Talib; the Louis Vutton Don gets it in; even though he is very arrogant.

Canibus
Was very hot in the late 90’s with mindblowing lyrics, but lacked energy to sustain the masses

You know, it is kinda funny that maybe emotional energy can be tied to the overall intelligence of an audience; for example, very lyrical rappers rarely make it to superstar status because it takes a higher intellect to understand their lyrics.  Yes, you may be saying that Lupe and Kanye are the exception, but these artists only broke the fold with emotionally charged singles – Lupe’s ‘Superstar’, and Kanye’s ‘Jesus Walks’. The Bouncer has a very important job at the club. In the club world, they are the ‘authority’ that regulate the patrons & uphold the club’s policies. The Bouncer is a ‘cool’ name for Security; I wonder how it started – must have been when someone working security in a club developed a reputation, better yet, an attitude, for physically &/or verbally denying people admittance to a club. That sounds like an accurate etiology of the word ‘Bouncer’; the bouncer enjoys the power he has – and administers such power to his advantage. The Bouncer gets to select which ladies get ‘preferential treatment’ into the club – though the lucky ladies may have to give something up in return (a number, dignity, etc.) , the Bouncer is content irregardless as it is just another act, and a benefit of his power.