Tangents: My favorite part of the day, as I gotta speak on all the cognitions running amuck in my head …

Half-Sick
Being half-sick is never fun; it is not the sickness that takes over your whole body, and causes you great discomfort or pain, but it still is a pain in the *ss. Been running around with some allergy-like symptoms: runny nose, scratchy throat – which all cause you to feel tired and drained of energy. And this can not come at a worst time when one is trying to meet so many deadlines. I got to rate my immune system somewhat – I never really get sick in the winter, but as soon as we start transitioning to spring, the pollen, the bees, the spring-like conditions, always get to me and I come down with something. Only in the recent years have I begun to even take allergy pills to combat it; but, rarely helps.

Protocol, protocol, protocol
Just found out that I owe a lot of money in overdue fees – $36 worth. That is not the shocking part (even though it is still shocking), but over a period of a month, I have been borrowing a book from my school’s library, and allegedly I have returned the book late, and every time it is late a $3.00/hour charge has been levied upon me – this must have happened over 5 times. My beef is, after the first offence, wouldn’t it make logical sense to say, “Hey, you have some outstanding fees on your card”, rather than let it get to $36? Well, safe to say, I will be fighting this, as the library staff should make people aware that they are racking up fines.

100 days
I guess these are some very important times, because every major newscast is planning a ‘special’ on the President’s first 100 days – CNN has stepped up to the plate with acquiring a lot of black journalists, Fox News is … well … is Fox News – they do what they do. Overall, he has hit the ground running hard, and has done the best he has with the cards dealt to him. Obama has had some faux pas: the joke about the special Olympics on Leno, flip-flopping on going after the Bush Administration on torture policies, and of course the ‘bow’ to a Saudi Prince, but in all, it is way too early to assess the effectiveness of his policy, let’s wait a year or so. I mean, based on how the nation feels about the last 8 years, anything Obama done will be praised as ‘much better’, that is why his approval rating is still so high, the honeymoon isn’t over.

No time handling hands for you – you are not equipped for time handling duties
Yes again, I am writing about time, not in trying to ‘find more time’, but to ‘manage time’. When people say, ‘Oh, I don’t have time’, that literally means they don’t want to do it – and I myself, was almost saying to a fellow peer of mines when he was trying to get me to do some Producer-esque tasks (when I wanted to do more technical ish), and I realized that it was a cop out. For instance, if he had said to me, “Ok, do these tasks, and I will pay you $10,000″, you best believe my tune would have jumped a few octaves and would not illicit a reluctant response. But I guess we all need to find our motivation, because it is the motivation that turns ‘time’ into a friend from a foe. 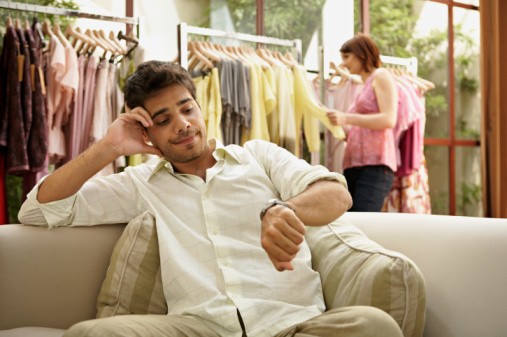 Another one of my rants on ‘time’

I am sure if we all could better manage our time, we would be more productive individuals in all facets in our lives. But this fine art is hard to grasp by many; even I have trouble sometimes (shocking). I can’t tell the many of times were I had a schedule with someone and they were late – not by like 5 minutes, but by like 15 minutes to an hour. At first thought, I thought that the type of people that I am dealing with (i.e. Music artists, entertainers) they did this to be ‘fashionably late’ – yes there are some people like that, and to those, I would like to give them a ‘fashionable kick’ in the head, but violence is frowned upon, generally. But then, I noticed that many people that I encounter that were not in the entertainment field, were just as tardy; poor punctuation. So rather than classifying such people as narcissistic pricks, maybe they just interpret the perception of time differently than I. Perfect segue to how we ‘perceive time’.

I would go a step further and suggest that time feels like its ‘dragging’ when the mind is not stimulated; i.e., your at a boring job at work, and the day just seems to drag on – you keep wishing that it would end as fast as possible, or a fire alarm would be pulled. When the mind goes into ‘routine mode’, the area of the brain that handles processing and thinking shuts off, and one becomes dormant. However in contrast, in a highly stimulating job that forces one to always process different trains of thoughts, time would ‘fly by’. As I always try to compare things to the Yuppy, when the Yuppy essentially finds it hard to turn off the ‘switch'; even in relaxed modes, the Yuppy gets agitated; as he/she conjures up ways to increase and improve their efficiency in their projects – that is why, with most Yuppy’s, life seems to fly by. Yuppy’s always complain that they can’t get things done; wishing they could add more hours in the day, or they try to extend the day by using energy supplements. Either way, time is a universal standard of measurement, but the perception of the value of time (and how we use time) is susceptible to individual interpretation … which explains why people are so out of sync with each other.

And sadly, until we all perceive time similarly, I will continue to wait for clients …