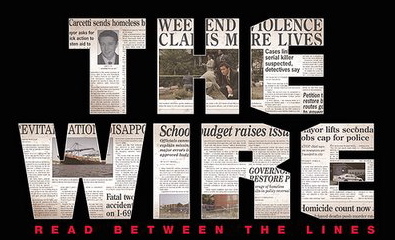 I don’t know what is the exact term for these types of pictures/quotes; you’ve seen them before – always talking about inspiration, or making a popular culture reference joke.  Anyhow, the great pseudo docu drama TV series ‘The Wire’ (2002-2008) on HBO is known as a critically acclaimed series that never really got is props for telling a real story about the socio-economics and ganglife of inner-city Baltimore.

Came across some classic Wire quotes from classic characters such as Marlo, Snoop, McNulty, and Avon Barksdale. 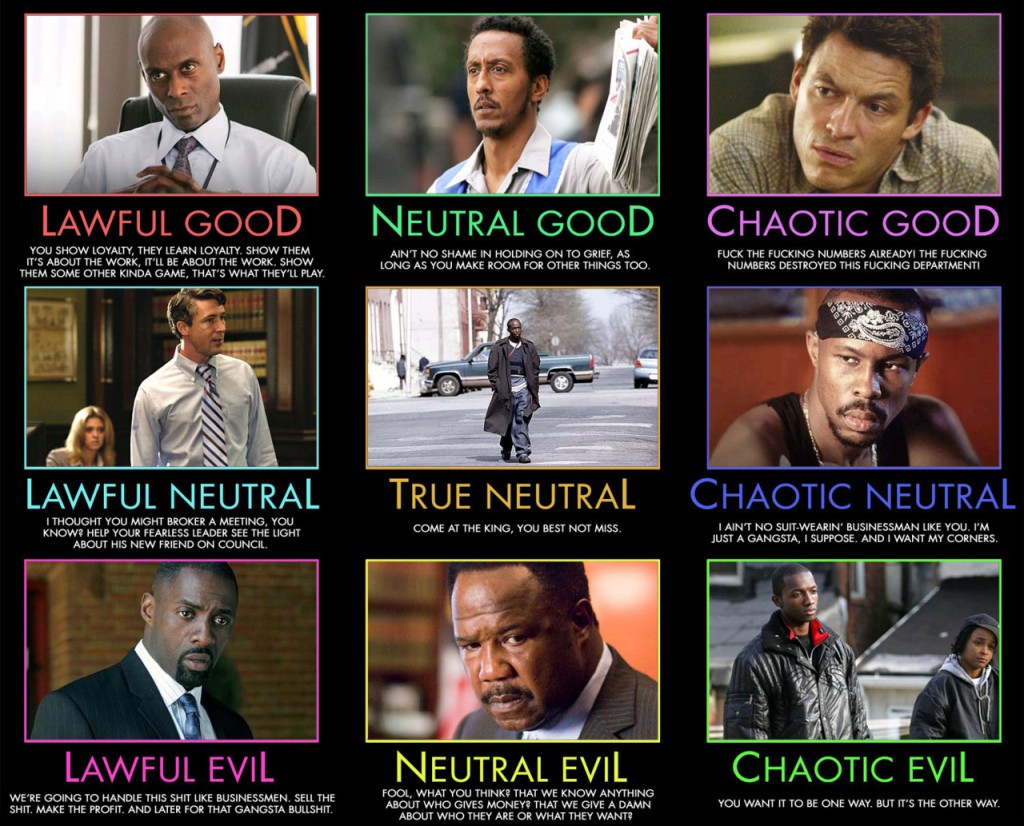 How TV can learn from the social media realm

The wedding of Jill Peterson and Kevin Heinz starts with a quality entrance dance to Chris Brown’s Forever…yeah, forever. It took place at a Church in Saint Paul, Minnesota.

This scene comes from Season 6 of the U.S. version of the Office show; as they make no attempts to deny the idea for this wedding dance sequence as they reference the popular Youtube clip that has over 2 million views, and I am sure that many more views of the real wedding were spawned since the airing of this episode.

I have to give The Office kudos for having the courage to take ideas from the social media world, which in turn increases the popularity of the show online and offline.

Though sometimes misjudged as a complete moron, Homer is actually a deft manipulator of the oxymoron: “Oh Bart, don’t worry, people die all the time. In fact, you could wake up dead tomorrow.” And our favorite figure of ridicule is actually quite handy with figures of speech. To explain human behavior, for instance, he relies on personification:

The only monster here is the gambling monster that has enslaved your mother! I call him Gamblor, and it’s time to snatch your mother from his neon claws!

All right, brain, I don’t like you and you don’t like me–so let’s just do this, and I’ll get back to killing you with beer.

And here, in just five words, he manages to combine apostrophe and tricolon in a heartfelt encomium: “Television! Teacher, mother, secret lover.” It wasn’t for everyone. We proved that rather quickly.

But episode to episode, you began to understand that we were committed to creating something careful and ornate, something that might resonate. You took Lester Freamon at his word: That we were building something here and all the pieces matter.

When we took a chainsaw to the first season, choosing to begin the second-story arc with an entirely different theme and different characters, you followed us to the port and our elegy for America’s working class. When we shifted again, taking up the political culture of our mythical city in season three, you remained loyal. And when we ended the Barksdale arc and began an exploration of public education, you were, by that time, we hope, elated to understand that whatever else might happen, The Wire would not waste your time telling the same story twice.

This year, our drama asked its last thematic question: Why, if there is any truth to anything presented in The Wire over the last four seasons, does that truth go unaddressed by our political culture, by most of our mass media, and by our society in general?

We’ve given our answer:

We are a culture without the will to seriously examine our own problems. We eschew that which is complex, contradictory or confusing. As a culture, we seek simple solutions. We enjoy being provoked and titillated, but resist the rigorous, painstaking examination of issues that might, in the end, bring us to the point of recognizing our problems, which is the essential first step to solving any of them.

The Wire is fiction. Many of the events depicted over the last five seasons did not, to our knowledge, happen. Fewer happened in the exact manner described. Fiction is fiction, and it should in no way be confused with journalism.

But it is also fair to note that the problems themselves — politicians cooking crime stats for higher office, school administrators teaching test questions to vindicate No Child Left Behind, sensitive prosecutions and investigations being undercut for political motives, brutal drug wars fought amid a police department’s ignorance of and indifference to the forces involved — were indeed problems in the recent history of the actual Baltimore, Maryland.

Few of these matters received the serious attention — or, in some cases — any attention from the media. These problems exist in plain sight, ready to be addressed by anyone seriously committed to doing so. For those of us writing The Wire, a television drama, story research involved dragging the right police lieutenants or school teachers, prosecutors and political functionaries to neighborhood diners and bars and taking story notes down on cocktail napkins and paper placemats. To be more precise with their tales? To record it and relay it in a manner that can stand as non-fiction truthtelling? Yes, that’s harder to do. But there was a time when journalism regarded that kind of coverage as its highest mission. The true stories that The Wire traded in are out there, waiting for anyone willing to take the time. And it is, of course, vaguely disturbing to us that our unlikely little television drama is making arguments that were once the prerogative of more serious mediums.

We tried to be entertaining, but in no way did we want to be mistaken for entertainment. We tried to provoke, to critique and debate and rant a bit. We wanted an argument. We think a few good arguments are needed still, that there is much more to be said and it is entirely likely that there are better ideas than the ones we offered. But nothing happens unless the shit is stirred. That, for us, was job one.

If you followed us for sixty hours, and you find yourself caring about these issues more than you thought you would, then perhaps the next step is to engage and to demand, where possible, a more sophisticated and meaningful response from authority when it comes to such things as the drug war, educational reform or responsible political leadership. The Wire is about the America we pay for and tolerate. Perhaps it is possible to pay for, and demand, something more.

Again, accept our sincere thanks for making the commitment to watch a show as improbable and problematic as ours and for considering the arguments and issues seriously. We are surprised as you are to be here at the end, on our own terms, still standing. As a cast and crew, we’re proud. But the credit is not all ours. It’s yours as well for believing, year after year, in this story.