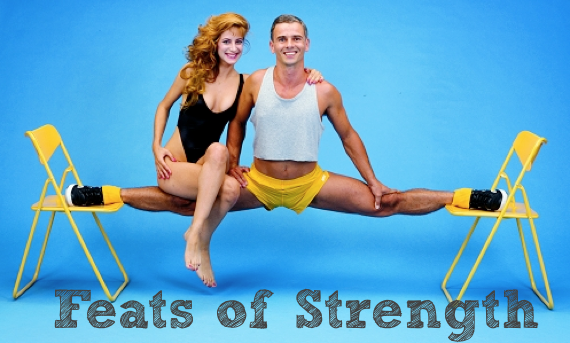 Recently had to ask some people that I work with a strange request: “can I have a woman dump a bag of flour on you?”. Yes, the bag of flour that you make bread & cake with. At first, I thought that I would be looked at as a ‘madman’ – or to some, ‘madder’, but I decided to ask anyway. Sometimes I was hesitant, other times I was blunt with it. I found out that most people at first found the request strange – as I expected. Some said ‘nah’, which I knew was gonna happen, however more people than I thought actually agreed. No compensation was offered, nothing was promised, which led me to ask the question as to why they would agree to such a request. And the only answer I could possibly fathom is the apt title of this post – ‘on the Strength of’.

One could only agree to such a request if they fully believed and supported the individual making the request. This had me almost kinda baffled because sometimes, or most times, I question and doubt my self, ideas, and concepts, but it is almost overwhelming (don’t worry, not gonna cry) to know that there are a group of people around me that will ‘ride for the cause’, primarily because they believe in ‘YOU’. And its odd, and something that I have to change. I should be my biggest believer in my self before anyone else is. We all should aim to have that same mindset.