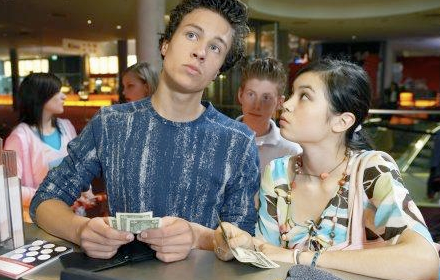 So you were able to persuade the girl of your dreams in going on a date with you, perfect. Things are going well, you give her your magic charm, she is smiling & laughing (hopefully not at you), the food is good, and you end up paying, and you take her home. Good Stuff. But the cycle of you paying for the meal after the 2nd, 3rd, 4th, and to the 10th date, starts to leave you wondering, “When is she going to pay for the date?”. And this is the question that is the fuel for debate, and equally the source of arguments as some women, regardless of how long they have been dating their Man, refuse to pay for dates. Chivalry is not dead, is it? Yes, Men should do certain things, but we also live in an age of equality – with the rise of Feminism, women desire & want to be treated as equal, as they should be. But in some facets of life, they still want the Man to ‘take care’ of certain things such as dates – even if they are in a long-term committed relationship or even married.

A lot has been said also on whom initiates the date – meaning that if the Man asks the Woman out, then the Man should pay – I can understand that. But after awhile, once a mutual understanding is established, and once both parties are interested in each other, then that is when things such as dates should start being shared, right? This video illustrates the differing views between males & females on whom should pay for date – hilarity ensues as most women will stick to their guns that women should NEVER pay for dates, and where Men are always trying to walk that fine line of ‘wishing/hoping’ that women eventually start sharing or paying their ‘fair share’.

2 thoughts on “Whom should pay for dates? Men or Women?”