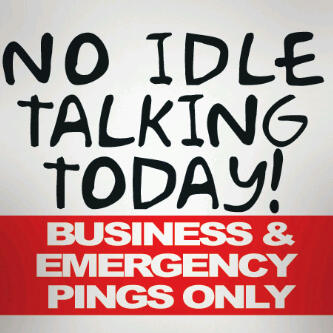 Managing Doubt and your own Expectations

Self-doubt is a real bitch; and its a tricky issue because usually the self-doubt comes from others. Or better yet, it comes from how you perceive how others think of you. Then its a spiraling effect of self-doubt from with-in, and with-out; until it leads to a state of timidness and procrastination. As you become afraid of doing something that you may or may not be too sure of, because of what someone may or may not think. Our own projections can then become a hindrance. I really don’t know or pretend to know what the cure is – the easiest thing to say is ‘Ignore the self-doubt’, easier said than done when you got the voices of your self and your peers spewing negative phrases – and for some reason in the mind, it is amplified to the ‘Nth’ degree.
For months I wanted to update this blog with a more streamlined look, but my self-doubt kept prohibiting me, first I was like, “what’s the value, no one comments on it”, but maybe they don’t comment because the mechanism to comment isn’t quite clear. I made up a plethora of other excuses too that I won’t bore you with, but I am happy that I have come to a place where I am washing away the dirt of my self-doubt. Take this is as one of those new-age affirmations of self-will and determination, or a ploy by me to commit to something because I have published it on this world wide web, but I will remove this self-doubt, and finally just ‘do the damn thing’.