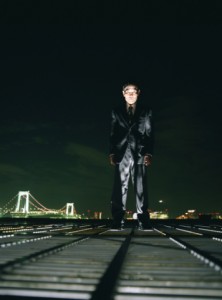 The opinionated social community … but there are consequences for your actions

The Web and social communications has created a culture of opinionated people; we express ourselves through our WebPages, blogs, IM screen names, on message boards, and in chat rooms. All of these communications methods are asynchronous; not occurring or existing at the same time or having the same period or phase. Thus, you can say something, and the response to what you said will be delayed – allowing a ‘sense of freedom’ to say anything you want without being chastised. You see it all the time, on forums, blogs, et cetera, where people talk reckless gibberish about others; using profanity, funny metaphors, and humorous simile’s to degrade and undermine others – I won’t front, some of it is funny. However, I believe that this culture of web social communications has created a loss in the art of logical argumentation – not argumentation in the sense of violent, shouting behavior; but argumentation in the sense of making logic. Making logical sense to what point(s) you are trying to say.

In Synchronous (real time) communications, you can’t say something reckless without backing up your points – for if you do such an act, people will just look at you in a peculiar light; as one who can not express or justify their points accurately. Synchronous communications are face-to-face, live, interactive, and non-verbal visual cues are just important as the verbal communications. If some of the people who talk so recklessly on the web, were to try that in real life; some would be in the ICU at the local hospital – real talk. But the web gives a safe haven for us; allows us to quickly say whatever we want – with a sense of immunity, because I guess we can quickly log-off, change usernames, to avoid explaining ourselves. Sort of like an ‘E-drive-by’ like my boy RecSet once said “these people talk a whole lot of madness at someone, then flee the scene, and can’t back up their talk, because they know I will spank them.”, well said.

When it comes to personal relationships, Synchronous communications should be the path followed when dealing with serious topics – the real time dynamic gives you so much more beyond words. While, asynchronous communications can leave one bewildered, not receiving the full gist of the situation, or leave one with a misguided interpretation – trust me, it has happened to me on more than one occasion. So here is a list of what you should probably NOT use web social communications for:

Business Confrontations
– Don’t accuse a business associate of corruption in an IM, do it in person, so that you can gauge his verbal and non-verbal reactions

Criticisms of Friends
– Yes, it may be easier to do it behind an electric monitor, but if your friend is a ‘true’ friend, and you are one too, then a face-to-face or a phone call will not only show that you have something to ‘get off’ your chest, but that you also genuinely care.

Yes, the web is a powerful tool for communications, but with great power, comes great responsibility – use it wisely.