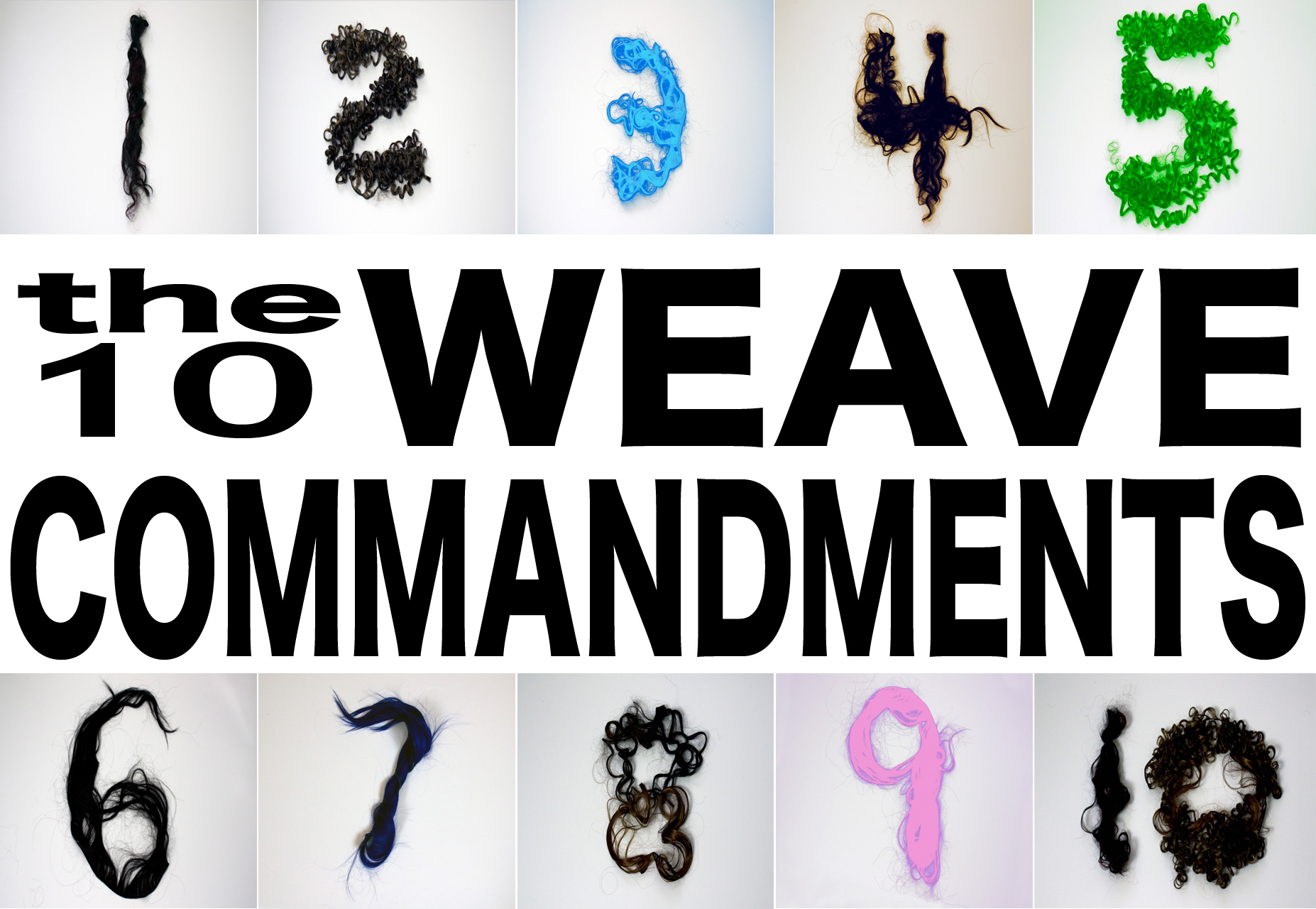 All my Ladies that have weave, whether Yaki, Remy, or Synthetic will be able to relate to the ‘Ten Weave Commandments’. One thing that is evident about hair weave, is that it is a multi-billion dollar industry and women invest a lot of time and energy in trying to find that right weave.
So personality @nadinemarieg created a funny parody called the ‘Ten Weave Commandments’, and they are helpful tips for any woman struggling with their weave:

1. Never let your tracks show (self-explanatory)
2. Always travel with your weave glue (or hair pins in case a track falls out)
3. Always pat your head when it’s itchy (patting won’t pull out the tracks or make your hair messy)
4. Never lie and say “it’s all mine.”
5. Never make your weave too greasy (there’s nothing worse than a greasy weave, believe me)
6. Always travel with your brush (weave gets frizzy. Gotta keep it looking lush)
7. This rule is so overrated: keep your Remy and Yaki completely separated
8. Gel down your edges if they’re nappy (weave and nappy roots — that’s just tacky)
9. Nine should’ve been number 1 to me; ALWAYS know when to take out your weave!
10. Buy a wig just in case. If your hair is looking rough, put on a wig to cover it up.

Hopefully these tips will help some ladies to living a good life with their weave, because no other relationship is as important as a woman and her weave.

Michelle Williams is 1/3 of that group known as Destiny’s Child. Now, Michelle was the addition to the group comprised of Beyonce and Kelly Williams, so in the public eye, she always had a difficult matter of ‘fitting in’ and/or ‘finding her lane’. Personally, I always thought of her as ‘filler’ to the group, but I gave her some credibility when she was the first one out of the group (I believe) to go and release an independent album – a gospel album too, that was critically praised. However, that was several years ago, and since then her group members have put out multiple independent albums with moderate to great success.

Beyonce can be defined as the diva – the Single Ladies video booty poppin’ diva (drool), and Kelly can be described as the Nubian Chocolate sister that ‘lives next door’, and to me, Michelle was always the one that lacked character; lacked personality – and of course, in the R&B pop arena, personality is everything. Anyhow, jumping forward, MichelleWilliams TV is I guess her way of remaining relevant in this social media, and in this episode, she calls out a fan for attacking the way she dresses. She is actually quite funny; in a sarcastic, condescending manner, and it is another example of how harder recording artists must work from Hip-Hop to R&B to Rock, to remain relevant and connect with their audience.

Halle Berry in Esquire Magazine, at 42