A funny explanation of what is ‘cheap’ by comedian Russell Peters; of course, with the Russell brand of comedy, this could be highly offensive (for the prudes). Was filmed in New York for his special: Red, White and Brown showcase

Racial Situations in the Workplace

An interesting take on how one can use racist attitudes to one’s advantage – they hit some things dead on, some they missed, entertaining nonetheless. 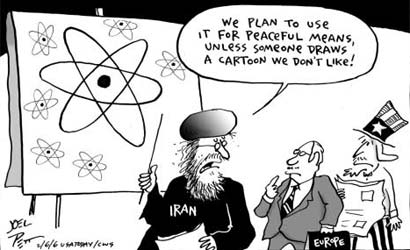 Its funny how the certain usage of a word or phrase can alter the meaning of one’s intentions – some of us commit the fallacy of equivocation purposely – to f–k with the heads of the people that we are dealing with, or some use it ignorantly, not knowing what they are doing as a result of cultural differences or lack of knowledge. Either way, it may beneficial to be able to identify equivocation as it is classified as both a formal and informal fallacy – it is the misleading use of a term with more than one meaning or sense (by glossing over which meaning is intended at a particular time). It is often confused with amphiboly; however, equivocation is ambiguity arising from the misleading use of a word and amphiboly is ambiguity arising from misleading use of punctuation or syntax. It is evident after I read up on Equivocation, it is evident that this line of reasoning is adopted and embraced by politicians to either twist & persuade their constiuents.

The fallacy of equivocation is often used with words that have a strong emotional content and many meanings. These meanings often coincide within proper context, but the fallacious arguer does a semantic shift, slowly changing the context as they go in such a way to achieve equivocation by treating distinct meanings of the word as equivalent.
In English language, one equivocation is with the word “man”, which can mean both “member of species Homo sapiens” and “male member of species Homo sapiens”. A well-known equivocation is
“Do women need to worry about man-eating sharks?”
where “man-eating” is taken as “devouring only male human beings”.

Equivocation is the use in a syllogism (a logical chain of reasoning) of a term several times, but giving the term a different meaning each time. For example:
A feather is light.
What is light cannot be dark.
Therefore, a feather cannot be dark.
In this use of equivocation, the word “light” is first used as the opposite of “heavy”, but then used as a synonym of “bright” (the fallacy usually becomes obvious as soon as one tries to translate this argument into another language). Because the “middle term” of this syllogism is not one term, but two separate ones masquerading as one (all feathers are indeed “not heavy”, but is not true that all feathers are “bright”), this type of equivocation is actually an example of the fallacy of four terms.

A separate case of equivocation is metaphor:
All jackasses have long ears.
Carl is a jackass.
Therefore, Carl has long ears.
Here the equivocation is the metaphorical use of “jackass” to imply a stupid or obnoxious person instead of a male donkey.

Another hot freestyle from Dot City off of the mixtape ‘Mixed Feelings’, to be dropped in spring 2010.

A classic funny parody from Fox’s MadTV correlating American Foreign Policy and the craziness that is Steve Jobs and the Apple ‘Fan Boys’.

Google is not one to make TV ads, but this year they decided to get into the mix – while usual SuperBowl Ad companies like Pepsico have decided to pass up the SuperBowl Ad nauseum (strange reversal of fortunes).