Table of contents for Litigious Behavior

Ringing loudly from a few

A little Abstract: Simply put, minority groups – lifestyles, cultural, racial, were disadvantaged because their concerns went unheard in the general public – primarily due to the availability of distributional channels; back in the day, the only way to really rally, garner support were through newspapers, TV (if you could get the airtime), and word of mouth. In times of social unrest throughout the world, the ‘grassroots’ campaign has been the movement of choice for sparking change and voicing dissent – from the pamphlets that used to be passed around in the dens preceding the Spanish revolution to speak of injustices, to the rallies that started in the deep south in the U.S. circa 1960’s that spread across the nation – it has shown us that the minority, though small, can be very vocal in expressing their dissent.

Enter the digital age with communications passing at lightning speeds; grassroots groups can now quickly spread their message around – gaining members, support, and exposure. The most recent and salient example of this would be Obama’s 2008 U.S. presidential campaign as the mastermind of his campaign utilized the power of social network’s to connect with people; the campaign was able to quickly organize rallies and spread campaign messages to thousands of people instantly. It is said that it is because of Obama’s clever use of grassroots movement ‘mentality’ that lead him to victory in the election – in an election that everyone initially thought he had no chance in winning.

Essentially, most grassroots movements focus around inequity; the imbalance of a system – and the movements try to disrupt and/or change the lifestyle of the majority. Some of the movements I support, but for some …. I don’t know. These movements are very vocal, but their cause – I can’t identify with and/or subscribe, or I just don’t get the logic in how they expressed themselves. There are even full sites that give guides and tutorials on how to start Grassroots sites (click here) with plenty of resources.

No need to explain what doubt is; should be a universal concept as we experience everyday in our lives. Whenever you have an event, or a belief, there will always be two points of view – the Advocators and the Doubters. Let’s examine the Doubters; specifically in the light of substantial empirical evidence. Call them ignorant, believers, or motivationally driven, these people pronounce an opposing stance in the face of adversity; such as those that don’t believe in the moon landing by NASA. Maybe call them the ‘conspirators’ actually, as they cast doubt and mystery behind many of life’s popular events; and they gain traction via social networking sites and mobile technology to amplify their belief.

I only dread as the world gets increasingly smaller with communications, that the world on a whole, will be much louder – get your earmuffs out. 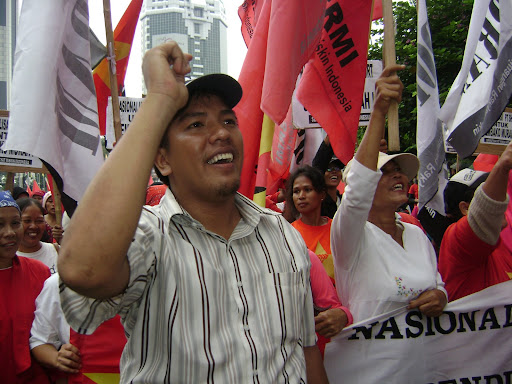 Obama This, and Obama That

I’m all for the notion that it would be ‘nice’ to finally have a black U.S. President. To even be talking about a black U.S. president shows that society has grown enormously in the past 50 years; because not so long ago, blacks were still being lynched and according to funnyman Kramer “stuck with pitch forks up their asses”. It is quite amazing actually when you really think about it. However, Obama seems to have a very legitimate chance of getting the U.S. Democratic nomination for the 2008 election, and then, he may have a chance to get into the White House.

No more rudimentary jokes about a black president can be made, however, I feel that one must ask the question, what will really change if there is a black president? Really? Will all the ghetto black youths suddenly move to the suburbs, causing the white kids to move to farm lands? Will there be more social programs? Social welfare assistance? I hear a lot of talk that if elected, a black president will ‘look’ out for black people, but I find a fallacy in such logic. If Obama gets in, doesn’t mean that the current socio-economic status of black americans will change; one thing that we gotta understand is that even if the president is Black, the Senate still is predominately white – correlating that the senate actually passes any bills and/or spending. Further, any president has to ‘play’ to his party and their ideals; thus if one’s party is still predominately white, the likelihood that a dramatic bill will be passed that will ‘magically’ elevate the socio-economic status of blacks is bleak.

So unfortunately, I remain pessimistic that a black president will have any strong effect – except for the symbolism aspect that society has changed dramatically, but as the saying says:
“The more things change, the more they stay the same”

… but it would be nice if he got in office