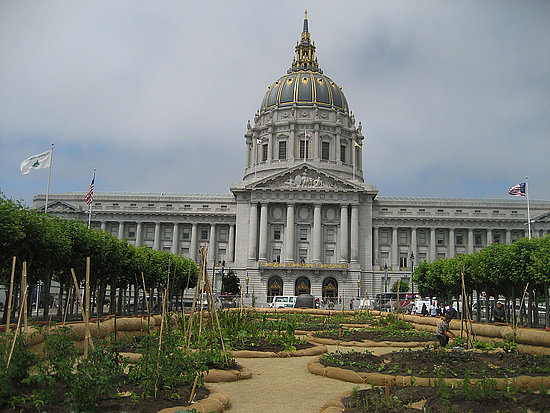 If ‘green’ is the new ‘black’ (don’t know what the new ‘black’ really was), then part of the green initiative that may actually do some real good is the phenomenon known as Urban Farming or Urban agricultures – which is the practice of cultivating, processing and distributing food in, or around (peri-urban), a village, town or city. In North American cities, these practice has picked up steam in the past 10 years as you can go to many dense populated areas to find portioned areas (that have a bit of grass) with all sorts of vegetables and fruits. With some of the following stats compiled by the U.N., it is clear why the practice of urban agriculture is growing:

* 50% of the world’s population lives in cities.
* 800 million people are involved in urban agriculture world-wide and contribute to feeding urban residents.
* Low income urban dwellers spend between 40% and 60% of their income on food each year.
* By 2015 about 26 cities in the world are expected to have a population of 10 million or more. To feed a city of this size – at least 6000 tonnes of food must be imported each day.

Urban farming is generally practiced for income-earning or food-producing activities though in some communities the main impetus is recreation and relaxation. Urban agriculture contributes to food security and food safety in two ways: first, it increases the amount of food available to people living in cities, and, second, it allows fresh vegetables and fruits and meat products to be made available to urban consumers. A common and efficient form of urban agriculture is the biointensive method. Because urban agriculture promotes energy-saving local food production, urban and peri-urban agriculture are generally seen as sustainable practices. Not only will you be saving money from shopping for produce, but you will be helping produce oxygen into the air as most of these urban cities are smog infested.  This is a ‘green’ movement that I can ‘see’