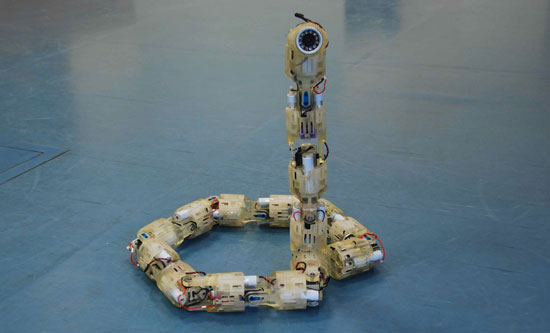 The Israeli Defense Forces are seriously working on a robotic snake for tactical usage. The snake would be camouflaged to appear like a real snake and has the ability to deliver bombs, reconnaissance, and if the snake is destroyed, it has the ability to spawn into smaller snakes – which can then operate independently on its own. In the current stage, the snake is slow in movement, but within time, it will replicate the behavior of a real snake. I guess this is the future of battlefield tactics. I wonder what is next, a robotic bird? Oh, I think they already have that, maybe a field rat or something. SMH.