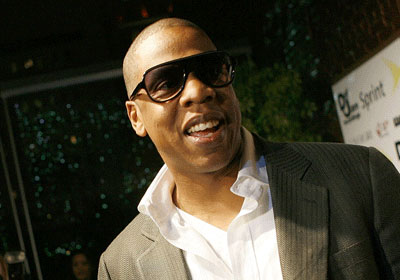 While most of us look forward to retirement, Shawn Carter, better known to the planet as master rapper Jay-Z, couldn’t stand the view from the sidelines following his 2003 farewell The Black Album. Despite a frenetic schedule as president of Def Jam Recordings and co-founder of its ultra-successful Roc-A-Fella Records imprint, Jay-Z managed to squeeze in a comeback last year with Kingdom Come, his 11th studio album, which debuted at the top of the pop and rap music charts, selling some 2 million copies.

But those weren’t the only paycheques coming in. Jay-Z also owns the 40/40 Club sports bar franchise, with locations in New York and Atlanta, and a small stake in the NBA’s New Jersey Nets. (He’s often photographed in courtside seats alongside his girlfriend, pop superstar Beyoncé.) Plus the native New Yorker (from Brooklyn’s hardscrabble Marcy Projects) collects income from blue-chip endorsement deals with Budweiser, Hewlett-Packard (nyse: HPQ), and General Motors (nyse: GM). All told, Jay-Z banked an estimated US$34 million in 2006, earning him the top spot on Forbes’ first-ever list of hip-hop Cash Kings.

Unlike traditional music genres like pop, rock and country, whose artists generally make the bulk of their money selling albums and touring, hip-hop has spawned an impressive cadre of musicians-cum-entrepreneurs who have parlayed their fame into lucrative entertainment empires. Curtis “50 Cent” Jackson, who nabbed the No. 2 spot on the list, presides over G-Unit, a diverse portfolio of businesses that includes apparel, ringtones, video games and even a line of fiction. All told, “Fiddy” as he is known to fans, made an estimated US$32 million last year. “I’m creating a foundation that will be around for a long time, because fame can come and go or get lost in the lifestyle and the splurging,” he told Forbes last year. “I never got into it for the music. I got into it for the business.”

At No. 3 is impresario Sean “Diddy” Combs, formerly known as “Puff Daddy,” who lords over Bad Boy Worldwide Entertainment Group. That enterprise is responsible for TV series like MTV’s Making the Band franchise, the Sean John clothing line, the bestselling Unforgivable cologne and a pair of restaurants called Justin’s, named after one of his sons. The Bad Boy Records label, backed by Warner Music Group (nyse: WMG), released albums last year by Danity Kane, Cassie and Yung Joc. Last year, Diddy himself released his first album in four years; Press Play debuted at the top of the U.S. pop and rap charts. All told, Combs made an estimated US$28 million last year. (Representatives for Diddy, ever the showman, insist that figure is much higher.)

Generally, the most successful “hip-hopreneurs” run their own labels, taking a cut from the artists they sign. Both Eminem (US$18 million) and Dr. Dre (US$20 million) boast Interscope-backed imprints; both helped produce and release 50 Cent’s last two albums, which have sold over 20 million copies worldwide. Fifty owns his own G-Unit label which produces artists like Young Buck and Lloyd Banks, among others.

While endorsement deals with top-shelf brands used to be the exclusive domain of pop’s biggest acts–Michael Jackson and Madonna, among them–hip-hop artists now routinely land such gigs. This year Chamillionaire (US$11 million) inked a deal with Energizer; The Game (US$11 million) peddles Skechers sneakers. And in an irrefutable sign of just how corporate hip-hop has become: Last October Anheuser Busch named Jay-Z “co-brand director” for Budweiser Select.

Our estimates are based solely on 2006 income. In March, Jay-Z sold his Rocawear apparel label to Iconix (nasdaq: ICON) for US$204 million. Forbes estimates he pocketed about a quarter of that, after taxes and other payable commitments. And in May, Coca Cola (nyse: KO) announced it would buy Glaceau, maker of VitaminWater, for US$4.2 billion in cash. Once the deal is consummated, 50 Cent, who agreed to endorse the brand in 2004 in exchange for a small stake, should walk away with some US$100 million. Best efforts were made to contact every member of the list for comment.